DISCLAIMER: I have been a libertarian voter since the first election I voted in 2008.I am actually an unaffiliated voter here in NC, because even though I like most of the ideals of the Libertarian party, some of their candidates can be little crazy. However, I’m not here to convince you that the only hope for America this election is Gary Johnson; I merely want to address the idea of a “wasted vote”. 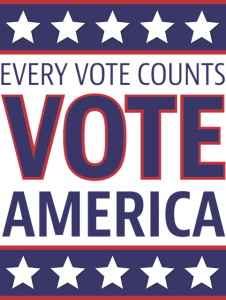 As they always seem to do, discussions around the firehouse tend to be focused on national politics during the presidential election season. I try to keep my mouth shut (or divert the conversation with joke) when it comes to politics because my political opinions tend to go against the grain of many of the people here in the American South. However, this wasn’t the case a few nights ago, and they finally goaded me into the conversation.
After saying my peace, I heard the familiar volley of “A vote for him is a vote for Hillary!”, and, “You’re just wasting your vote! If you don’t want Hillary in there, you better vote for Trump”.
“You’re just wasting your vote…” While I’m pretty confident in my political choices, I wanted to try to understand why they all felt this way, so I began to dwell on that phrase more and more. What if my youthful idealism was getting in the way? What if I really was wasting my vote? Everybody else votes with this logic, why shouldn’t I? What does it mean to waste my vote?
The answer I came up with was simple, a wasted vote is one cast for any cause beside the one you truly believe in. I felt like my vote was wasted more if I voted against the candidate I like the least instead of voting for the one that I liked the most.

It’s a problem that is inherent in the First Past the Post election system we use in the United States. The winner is the candidate with the most votes, and it usually devolves into a two party system. Those people like myself who really support an “unelectable” candidate will often throw support to a more widely liked candidate that they somewhat agree with to prevent the candidate the absolutely disagree with from winning.  The other problem with first Past the Post is that in a multi-party system, the winner actually represents a smaller amount of the voter base.

A system that I (as a third party voter) would like to see is the Alternative Vote or Instant Runoff system. In this system, you rank your candidates, and if your number one person has the lowest votes they drop them from the race, and they then count your number 2 pick, and so on and so forth until one candidate has the majority.

I guess what I’m trying to say is, vote your conscience. Don’t let other people pressure you into voting against your beliefs and interests, because that is the only wasted vote. If you’d like to see a better explanation of the First Past the Post and Instant Runoff Systems, YouTuber CGP Grey has some great videos on them! You can find the problems with First Past the Post here, an Instant Runoff here.

Until next time,
Parker

Band of Brothers Breakdown: Episode 2- “It’s been a day of firsts.”

“Never put yourself in a position to take from these men”

Where have I been, and what new?

The Long Road Episode 2: Attack of the Podcast

Is It Truly a Wasted Vote?